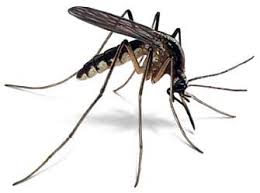 SEVERE MALARIA BREAKTHROUGH Researchers at the University of Copenhagen, in collaboration with Seattle Biomedical Research Institute, the University of Oxford, NIMR Tanzania and Retrogenix LTD, have identified how malaria parasites growing inside red blood cells stick to the sides of blood vessels in severe cases of malaria. The discovery may advance the development of vaccines or drugs to combat severe malaria by stopping the parasites attaching to blood vessels. The results are now published in the scientific journal Nature.

Though researchers have known for over a century that red blood cells infected with malaria parasites can kill their host by sticking to the sides of blood vessels, the binding mechanism associated with the most lethal forms of malaria was unknown. Now, in a study published in Nature, the researchers show that the parasite binds a protein in blood vessel walls called endothelial protein C receptor (EPCR), which is involved with regulating blood coagulation and the inflammatory response.

Malaria parasites grow in red blood cells and stick to the endothelial lining of blood vessels through a large family of parasite proteins called PfEMP1. This way, the parasite avoids being carried with the blood to the spleen, where it would otherwise be destroyed. One of the most aggressive forms of malaria parasite binds in brain blood vessels, causing a disease called cerebral malaria.

In 2012, three groups of researchers, including the teams at the University of Copenhagen and Seattle Biomedical Research Institute, showed that a specific type of PfEMP1 protein was responsible for cerebral binding and other severe forms of malaria infection. However, until now, the receptor to which it binds remained unknown, and the next big question was to determine which receptors the infected red blood cells were binding to.