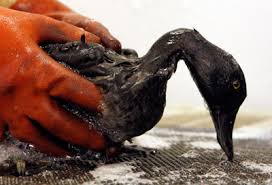 City College of New York researchers led by chemist George John have developed an eco-friendly biodegradable green “herding” agent that can be used to clean up light crude oil spills on water.

Derived from the plant-based small molecule phytol abundant in the marine environment, the new substance would potentially replace chemical herders currently in use.

According to John, professor of chemistry in City College’s Division of Science, “the best known chemical herders are chemically stable, non-biodegradable, and hence remain in the marine ecosystem for years. Our goal was to develop an eco-friendly herding molecule as an alternative to the current silicone-based polymers.”

Herding agents are surface-active molecules (surfactants) that when added to a liquid, such as seawater, reduce the surface tension. In the case of oil spills, when they are added along the periphery of an oil spill slick, they contract and thicken the slick or push slicks together so that they can be collected or burned.

“Understanding the interfacial behavior is crucial to design the next generation eco-friendly herding agents” said Charles Maldarelli, a professor of chemical engineering in CCNY’s Benjamin Levich Institute for Physico-Chemical Hydrodynamics who participated in the study.