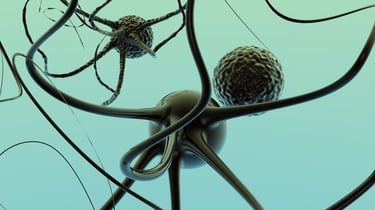 According to the National Institute of Mental Health, schizophrenia is a chronic, severe, and disabling brain disorder that affects about 1% of Americans. Schizophrenia often causes paranoia, hearing voices other people don’t hear, and believing other people are reading their minds, controlling their thoughts, or plotting to harm them.

Scientists have long known that schizophrenia is a hereditary illness that occurs in 1% of the general population, but in 10% of people who have a first-degree relative with the disorder, such as a parent, brother, or sister.

Although the exact causes and chemical structure of schizophrenia are still unknown, scientists think that an imbalance in the complex, interrelated chemical reactions of the brain involving the neurotransmitters dopamine and glutamate, and possibly others, plays a role.

To this end, the National Institute of Mental Health has granted the University of California, Davis $10 million for the development of the Silvio O. Conte Center for Basic and Translational Mental-Health Research. The center is one of only 15 in the United States and will conduct research on potential origins of schizophrenia.