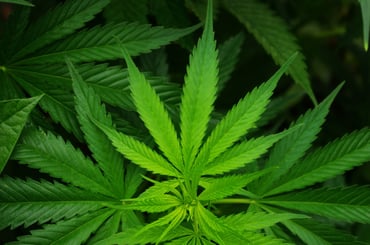 When obstructive sleep apnea (OSA) was listed as a contributing factor in the death of actress Carrie Fisher, it brought the condition into the spotlight. Until the news, many people considered sleep apnea to be just a bothersome form of snoring. However, with OSA, breathing is actually interrupted for a few seconds or even several minutes. According to the American sleep apnea association, 38,000 people die annually from heart disease directly complicated by sleep apnea. Now researchers at the University of Illinois, Chicago (UIC) believe they have found the first medication that reduces the effects of OSA, and it’s based on a molecule found in the cannabis plant.

An estimated 30,000,000 Americans are affected by sleep apnea, a condition linked to numerous health risks. These include heart disease, diabetes, and cognitive impairment, which leads to an increased likelihood of motor vehicle accidents.

Currently, the only treatment available for sleep apnea is the continuous positive airway pressure device known as C CPAP. This device forces air into lungs in order to prevent pauses in breathing. Unfortunately, many people find the devices so uncomfortable that adherence to using the device is poor.

David Carley, the principal investigator on the recent study, said in an article for UIC Today, “There is a tremendous need for effective, new treatments in obstructive sleep apnea.” He explains that even people who want to use C CPAP only stick with it for about four hours a night, on average. “So, the best they get is a roughly 50 percent improvement in their apnea. So far, it’s an impenetrable problem. When people take a pill to treat apnea, they are treated for the entire night.”