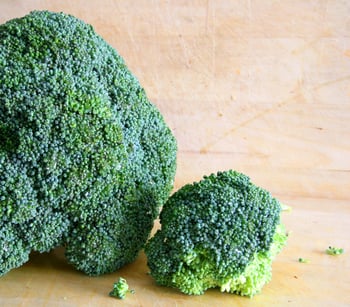 Apparently kids aren’t the only ones who should be eating their broccoli. According to recent research by scientists at the University of Pittsburgh Cancer Institute, broccoli sprout extract may hold the key to preventing oral cancer and a variety of other head and neck cancers.

UPitt researchers are now studying sulforaphane in a program funded in part by the National Cancer Institute and led by Dr. Julie Bauman, M.D., M.P.H., co-director of the UPMC Head and Neck Cancer Center of Excellence, and Daniel E. Johnson, Ph.D., professor of medicine at Pitt and a senior scientist in the UPCI Head and Neck Cancer Program.

“The clear benefit of sulforaphane in preventing oral cancer in mice raises hope that this well-tolerated compound also may act to prevent oral cancer in humans who face chronic exposure to environmental pollutants and carcinogens,” said Dr. Johnson.

According to the study, Sulforaphane is an antioxidant and anti-inflammatory that is released when broccoli is eaten, and has been instrumental in oral cancer prevention in mice models. More specifically, broccoli extract can significantly reduce the incidence and number of tumors in mice predisposed to oral cancer.

“People who are cured of head and neck cancer are still at very high risk for a second cancer in their mouth or throat, and, unfortunately, these second cancers are commonly fatal,” said Bauman. “So we’re developing a safe, natural molecule found in cruciferous vegetables to protect the oral lining where these cancers form.”

“We call this ‘green chemoprevention,’ where simple seed preparations or plant extracts are used to prevent disease,” said Dr. Bauman. “Green chemoprevention requires less money and fewer resources than a traditional pharmaceutical study, and could be more easily disseminated in developing countries where head and neck cancer is a significant problem.”

The University of Pittsburgh is a $729 million research and development institution that houses some of the nation’s most prominent researchers in the fields of oncology, infectious disease, mental health, and several other field of life science and medicine.